I’ve really been looking forward to writing about this project! Mostly because I get to title it “Mustaches + Elephants.” What do mustaches and elephants have in common? Read on, my friend!

My friend Amanda – 8 months pregnant – told me that she and her hubby were having a hard time settling on a theme for their baby boy’s room and the crafty portion of my brain started racing! Amanda had visions of  whimsical baby elephants and her husband Josh had visions of mustaches.

Mustaches? Yep. It’s not as crazy as it sounds. Mustaches are “in” right now! A quick search for “mustache baby” on etsy will bring up mustache themed nursery decor, bibs, shower invitations and onesies.

I tried to convince Amanda that she could combine the mustache and elephants theme, but I’m pretty sure she thought I was crazy.

END_OF_DOCUMENT_TOKEN_TO_BE_REPLACED

The hottest question of the year: Do you Pinterest?

A Pinterest board I started to collect ideas for my dream craft studio.

Pinterest is the latest trend in social networking – it’s a virtual pin board site where you can “pin” images representing ideas, craft projects, recipes… anything, really. The possibilities are endless. Images link up to the web site where more information can be found. So, a photo of a cute sewing project might link to the how-to tutorial on the site where the photo is hosted.

I took a long break from Pinterest after I realized I was merely storing ideas and not actually implementing them. Was I wasting my life away pouring over the site, searching for and hoarding “great ideas” I’d never use? Looking at decorating ideas for a house I don’t own and sewing projects that require more time than I can devote? I went cold-turkey and ignored Pinterest for a few months.

But alas, I’ve returned to Pinterest with a vengeance after I realized that a part of the fun in any hobby is the careful planning and collecting that goes into it. Yes, I love to read, but collecting, organizing and deciding which books to read is half the fun… even if that means I will never actually get around to reading every single book on my shelf. And I think we can all agree that as much as we love sewing and crafting, collecting and planning the fabric is a major part of the hobby.

A picture-perfect fabric collection from Make It Perfect!

So, it’s okay if we pin and pin and pin and don’t get around to trying a majority of the ideas we discover. Don’t lay awake at night feeling guilty about all of your long-lost Pinterest ideas. The journey alone makes the discovery well worth it! It’s hard to criticize a trend that gets the creative juices flowing.

That being said, I’ve tried a few ideas from Pinterest with great success! This week’s Pinterest adventure: the Green Monster Smoothie from the Iowa Girl Eats blog. 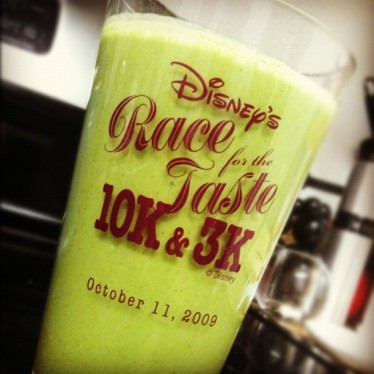 Surprisingly delicious Green Monster Smoothie! Plus, everything tastes better in a Disney glass. 🙂

My mom hasn’t had quite as much luck though. She’s tried a few recipes from Pinterest with terrible results. With the exception of the Green Monster Smoothie, I tend to stick with internet recipes that are accompanied by plenty of reviews – so my pin boards are more concentrated in the craft department anyway.

I created this graphic for my mom after hearing about all of her Pinterest recipe disasters!

For anyone out there who wants to follow my pins, my username is SewLindsaySew!

When I was in elementary school, my favorite color was blue. I think it had something to do with the fact that everyone loves blue at some point in their life. But mostly, it was because of the “Cerulean” Crayola crayon. 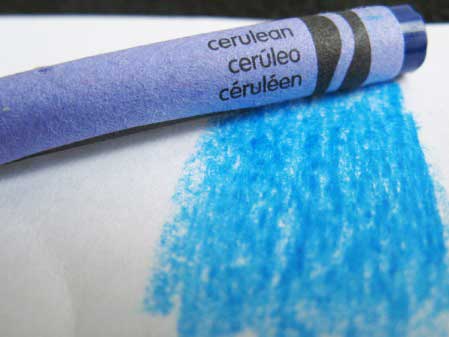 Fast-forward to my college years when I abandoned blue for pink – maybe because there wasn’t a huge demand for Cerulean crayon usage in college, or because pink seemed to be a trendy color in the early 2000’s (pink iPod mini, anyone?). Pink has remained my color of choice for a long time. With the help of my scuba buddies, I even managed to build up a collection of pink dive gear, officially making me the most obnoxious diver on earth. 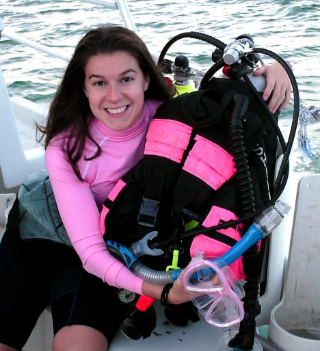 Not pictured: My hot pink air tank. Even the sharks would raise their eyebrows if sharks had eyebrows.

I still thoroughly enjoy pink, but since I’ve started sewing, my color preference has started to change. Lately I’ve been drawn to green, especially when it comes to fabrics. I like muted, earth-tone or pastel greens best. Check out this dreamy green inspiration board I put together to show you my newfound love for green! 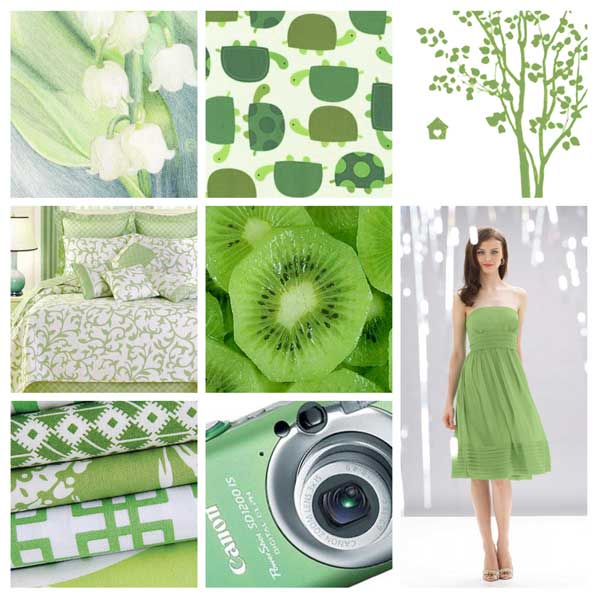 It's easy being green when you're as pretty as these things!

I can’t really explain why I’ve started to love green so suddenly, but I do think it has a lot to do with sewing. Is green an up-and-coming color trend in the fabric stores? Am I only noticing a lot of green because I’m looking for it? Am I looking for it because it’s an up-and-coming color trend? What came first, the chicken or the egg? Am I asking too many questions?

Anyway. What’s your favorite color? Am I the only one who has gone through favorite-color stages?

Sewing is for old people. Or at least, that’s what I’m often told. It’s the battle I prepare myself for every time I tell someone that I’m learning to sew and excited about it. I still remember the looks on my friends’ faces last year when I told them I was thinking about buying a sewing machine… yikes!

The “blogosphere” and internet world is running rampant with young sewers to whom I owe much credit for inspiring me to sew in the first place. And reality shows like Project Runway have definitely lent a helping hand in putting sewing in the spotlight. But I still get excited when I stumble across supporting evidence that young people enjoy sewing too.

So… I can’t help but love the JoAnn Fabric and Craft Stores’ Own Your Look Prom Contest, which encourages teenagers to make their own prom garment and accessory for a chance to win up to $50,000. Some of the garments that these teens come up with are truly phenomenal. The contest rules state that “the student entrant must make the garment and accessory with little or no assistance from others,” but sometimes I have to wonder how exactly that is regulated. Regardless, I put good faith in these teenagers because it’s more fun than worrying about the rules! 🙂

I love looking at the previous years’ winners as well as the 2011 entries. Check out some of these stunning prom dresses, which are only a small sampling of the entries available for viewing on the web site. I’m looking forward to finding out who wins this year! 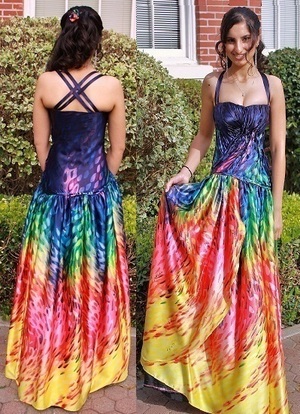 I love the criss-cross straps on this one! 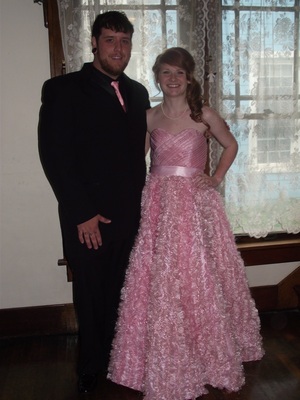 The texture of the skirt is so intriguing... I want to touch it!

Reminds me of a pink version of Giselle's blue curtain dress in "Enchanted!" 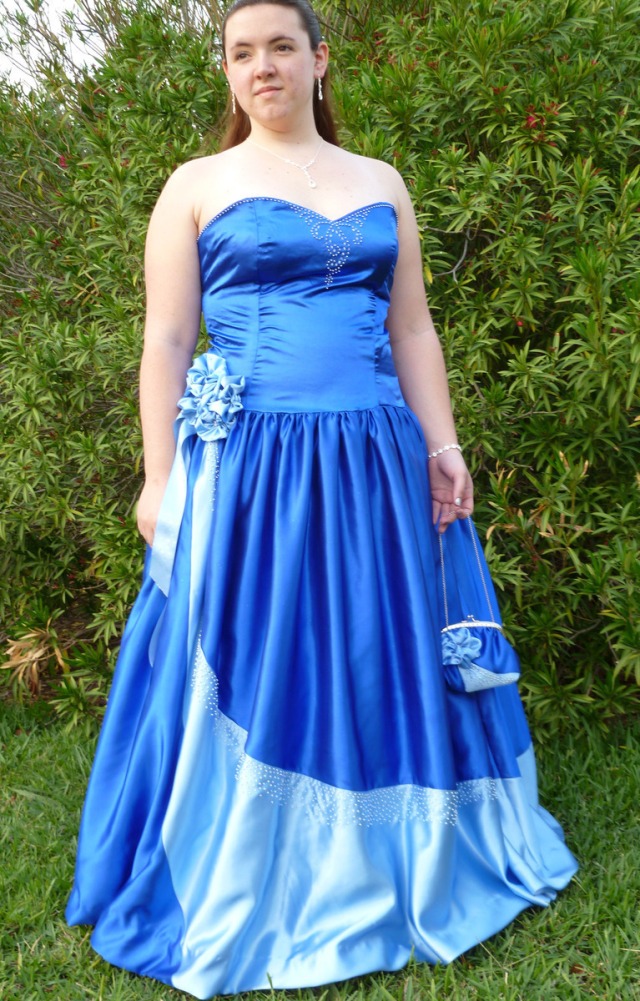 I really enjoy the way the swirl was incorporated into the skirt.

Teenagers these days are classier than I ever was! 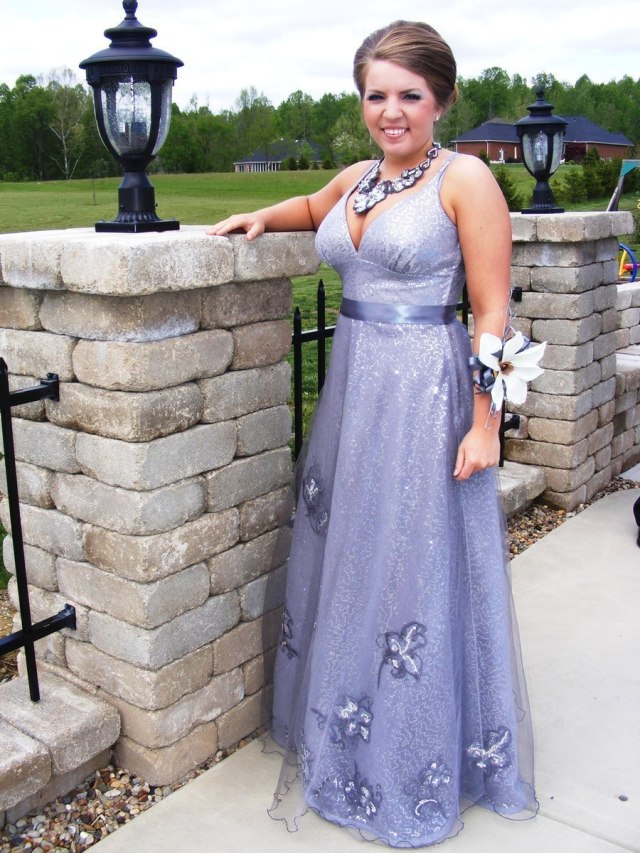 I want to see this shimmery fabric up close! 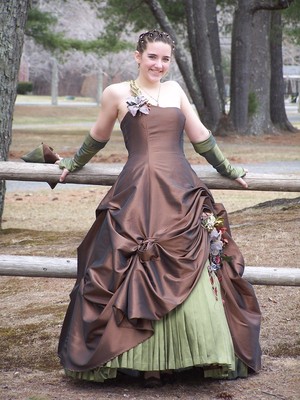 Simply stunning... maybe a little TOO stunning? What do you think?

Pillowcase dresses for little girls are all the rage in the sewing world:

I’m completely on the fence about pillowcase dresses. I love the idea of taking one thing and turning it into something completely unexpected. I also love the idea of a sewing trend that is simple enough for a beginner. These dresses have such a loyal following in the sewing world that I have to wonder if there’s something wrong with me.

Would I feel differently if I saw one of these in person? Or if I actually tried to make one myself? I want to love these dresses, but there’s a huge barrier in my brain that can’t get past the fact that these children look like they are wearing bed linens. Sure, the Von Trapp children were wearing curtains, but it certainly didn’t LOOK like they wear wearing curtains.

I know they weren't REALLY wearing curtains, but still.

Here’s another pattern included in “Pillowcase Fashions” – a little pants and tank top combo. I think I’d be much more likely to go this route if I ever decided to whip up pillowcase apparel.

Has anybody out there ever made a pillowcase dress? Is there something that I need to know that will sway me to the pro-pillowcase-dress side of the fence? Please share!